The popularity of rice consumption in Latin America and the Caribbean masks the challenges and limitations of its production, particularly in the tropical belt of the region. These challenges derive from the economic structure of the crop (subsidies, fixed prices), environmental (climate change, water use, agrochemicals), low productivity and social structure (dominated by small growers). In this context, it is difficult for tropical countries to compete with the high productivity of rice achieved in the Southern Cone or North America. Producers attempt to compete, considering the importance of rice in their daily diet and as a key element in the food security of their families. 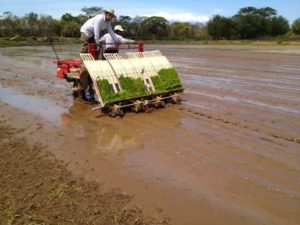 The system originated in Madagascar and has been evaluated or validated in about 50 countries and strengthened by the research carried out, among others, by Cornell University (see images) in several of these countries. Some of its fundamental concepts include the use of a smaller amount of seed, greater planting distances (which results in the strengthening of the root system), less use of inputs and intermittent irrigation instead of flood irrigation. This initiative, financed by FONTAGRO and the GEF, was designed to validate SICA in Panama, Costa Rica and Nicaragua with a view to reducing the vulnerability of small-scale rice producers by means of technological innovation and collaborative platforms. 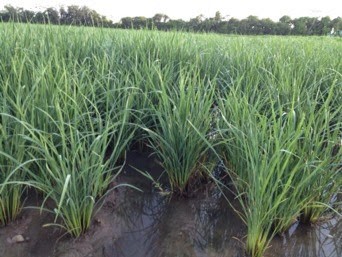 The SRI system, with appropriate adaptations, promises to be a relevant alternative considering its advantages like less use of inputs, savings in irrigation water and improved yields.

The modality used in the project, with the purpose of protecting the health of the soil and the beneficial flora, was the organic version of SRI. In Panama, SRI plots were compared with conventional transplantation and in Costa Rica and Nicaragua SRI plots were compared with traditional planting methods known as “espeque” or “chuzo”in Spanish. The SRI plots received organic fertilizers at the time of land leveling. The transplant was performed with seedlings between 8 to 10 days after germination, placing one every 25 centimeters between plants and 25 centimeters between rows. Intermittent irrigation was the preferred method used. 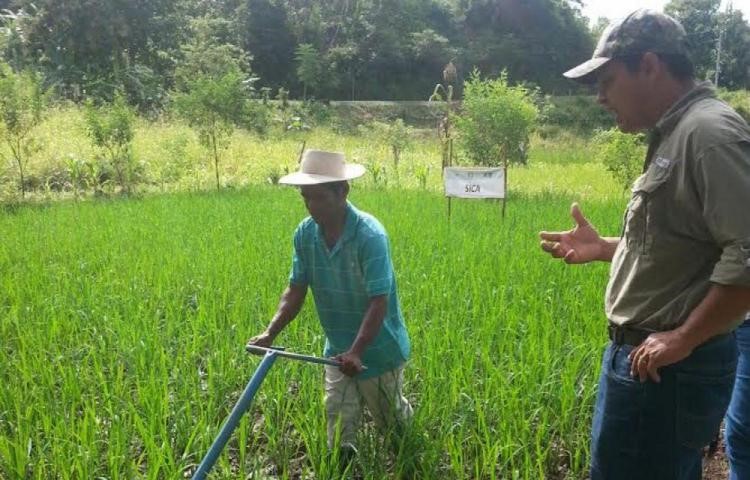 The research clearly shows the potential of SRI, in particular the possibility of adapting or adopting particular elements of the system depending on the ecological and socioeconomic conditions of each locality. The results included the activation of collaborative platforms in the three countries; the training of 10 technicians in the design and analysis of baselines; 45.6% and 42.8% increase in yields in Costa Rica and Nicaragua and an increase in water use efficiency of 17% and 52% in Panama and Nicaragua. It also highlights the good performance of the SRI plots in relation to the attack of diseases to the foliage, panicles and grains, considering that no chemical synthesis products were applied.

The results also point to the need for a more extensive evaluation of the system in different ecological and socio-economic conditions and suggest that mechanization of some of the processes (transplantation, weeding, for example), can result in greater efficiency and productivity and generate more interest in medium-scale producers.