FONTAGRO Renews its Administration Agreement with the IDB 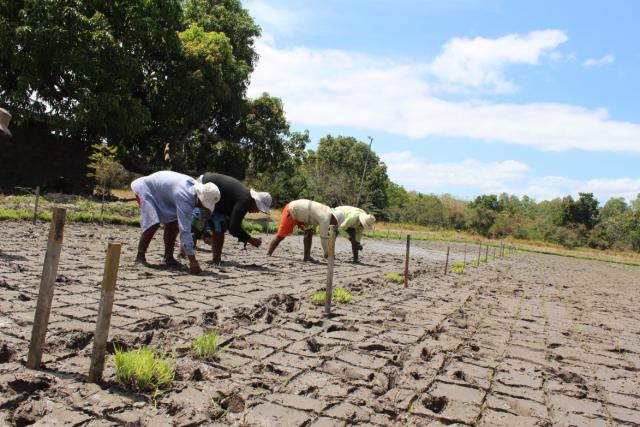 (Washington, D.C., June 8, 2016) The Board of Executive Directors of the Inter-American Development Bank (IDB) has approved the renewal of the administration agreement signed with FONTAGRO for a three-year period, until June 30, 2019.

The request was submitted before the IDB’s Budget and Financial Policies Committee, which unanimously recommended its renewal and extension. The Committee congratulated FONTAGRO on its progress and called for the adherence of new members. It also urged FONTAGRO to expand its collaboration with other IDB Group departments and institutions.

The renewal process included the presentation of FONTAGRO’s main actions and progress within the 2013-2015 period. During that time, 31 new operations were approved totaling $20 million as a result of the new operating instruments designed to strengthen FONTAGRO’s work.

The new operating mechanisms involve: (a) carrying out joint projects on priority issues in the region among members and strategic partners; (b) implementing seed projects to develop larger operations; (c) launching contests for successful cases to identify family farming innovations; and (d) supporting strategic studies in the region.

Progress also included the approval of nine additional projects that were cofinanced by several donors. These projects seek to strengthen the agricultural sector’s mechanisms to adapt to and mitigate climate change, with support from the Global Environment Facility (GEF) and New Zealand, and to strengthen knowledge management and communications, with support from the Korea Poverty Reduction Fund (KPR) and the Knowledge Partnership Korea Fund for Technology and Innovation (KPK).

Within the framework of the renewal process, FONTAGRO reported the changes made to its financial strategy, which have enabled FONTAGRO to strengthen and reinvigorate its management. The 2015-2020 Medium-Term Plan (MTP), approved by FONTAGRO’s Board of Directors, was also introduced. The MTP sets forth FONTAGRO’s positioning, as well as its strategic plans and objectives for the coming years.

Likewise, the recent (2014) external evaluation was presented. The evaluation concluded that FONTAGRO is a successful mechanism whose projects have induced positive effects on national and regional agricultural research and innovation systems, as well as on family farming in Latin America and the Caribbean.

****
About FONTAGRO
FONTAGRO is a unique regional cooperation mechanism that promotes family farming innovation, competitiveness, and food security. It was established in 1998 and it includes fifteen member countries that have contributed a capital of some $100 million. FONTAGRO is sponsored by the Inter-American Development Bank (IDB) and the Inter-American Institute for Cooperation on Agriculture (IICA). Its Technical Administrative Secretariat is based at IDB headquarters in Washington, D.C. FONTAGRO has cofinanced 108 projects and initiatives in its member countries for an approximate amount of $87.8 million, including contributions from other sources of funding and executing agencies. Its member countries are Argentina, Bolivia, Chile, Colombia, Costa Rica, Dominican Republic, Ecuador, Honduras, Nicaragua, Panama, Paraguay, Peru, Spain, Uruguay, and Venezuela.