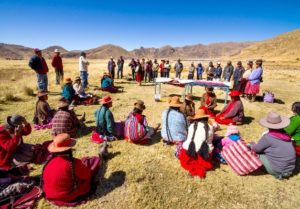 Climate change will affect large areas of Latin America and the Caribbean (LAC), mainly due to rising temperaturas and variations in the intensity and frequency of rainfall, which will have effects on agricultural productivity and the appearance of new pests and diseases. The most affected will be the family farmers who are the majority. The effects will be different according to the subregions of the continent, with Mesoamerica, the Andean region and the Northeast of Brazil being the most affected.

On the other hand, it is estimated that, in the next 30 years, the demand for food will increase due to population increase, income improvements and urbanization. Additionally, LAC is a net food exporter and will contribute increasingly to the global demand for food.

To meet these challenges, FONTAGRO, the Global Environment Facility (GEF), and the IDB established a regional project. Its objective was to promote the development and transfer of environmentally sound technologies that contribute to reducing vulnerability to climate change in the agricultural sector.

The project had the following components: strengthening of regional networks in environmentally sound technologies, establishment of pilot initiatives in technology transfer mechanisms, and leverage of public and private investments.

The project fully met all the stated objectives. Moreover, it achieved additional results by implementing activities with key partners which allowed development of innovations, training, knowledge management and communications. 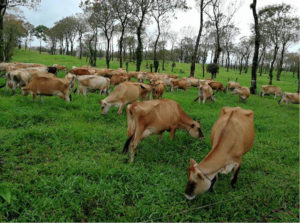 • Progress, results and priority areas for the adaptation of family farming to climate change were reviewed and analyzed in four symposia and four meetings with a total of 272 scientists and authorities from 23 countries.
• 92 studies related to agriculture and climate change were reviewed, 35 experts were consulted and the impact of climate change was estimated under different scenarios. The most affected crops would be potatoes, wheat, tomatoes and beans and those favored would be pineapple and sorghum. 23 innovations for adaptation were identified, with emphasis on family farming: improving water capture and use (4), soil conservation and management (7), creation of microclimates (3), use of biodiversity (4), animal feeding (3), excreta and waste management (2).
• 11 cases of impact innovations for adaptation to climate change were documented and disseminated. Six received special recognition: agriculture in the NE of Brazil, aquaculture in Bolivia, goats in Patagonia, Andean systems in the Altiplano, water harvesting in Nicaragua and silvopastoral systems in Costa Rica.
• Innovations were developed that resulted in greater productivity and efficiency, and reduction of environmental degradation and vulnerability of farmers in eight projects implemented in 11 countries. Topics included: rice, livestock, lupinus, coffee, cocoa, bananas and climate smart agriculture.
• Over 6200 farmers and technicians from 18 countries were trained on different environmentally sound technologies.
• Four studies were supported to leverage large investments to scale up the use of technologies in Panama, Nicaragua, Haiti and the Dominican Republic.