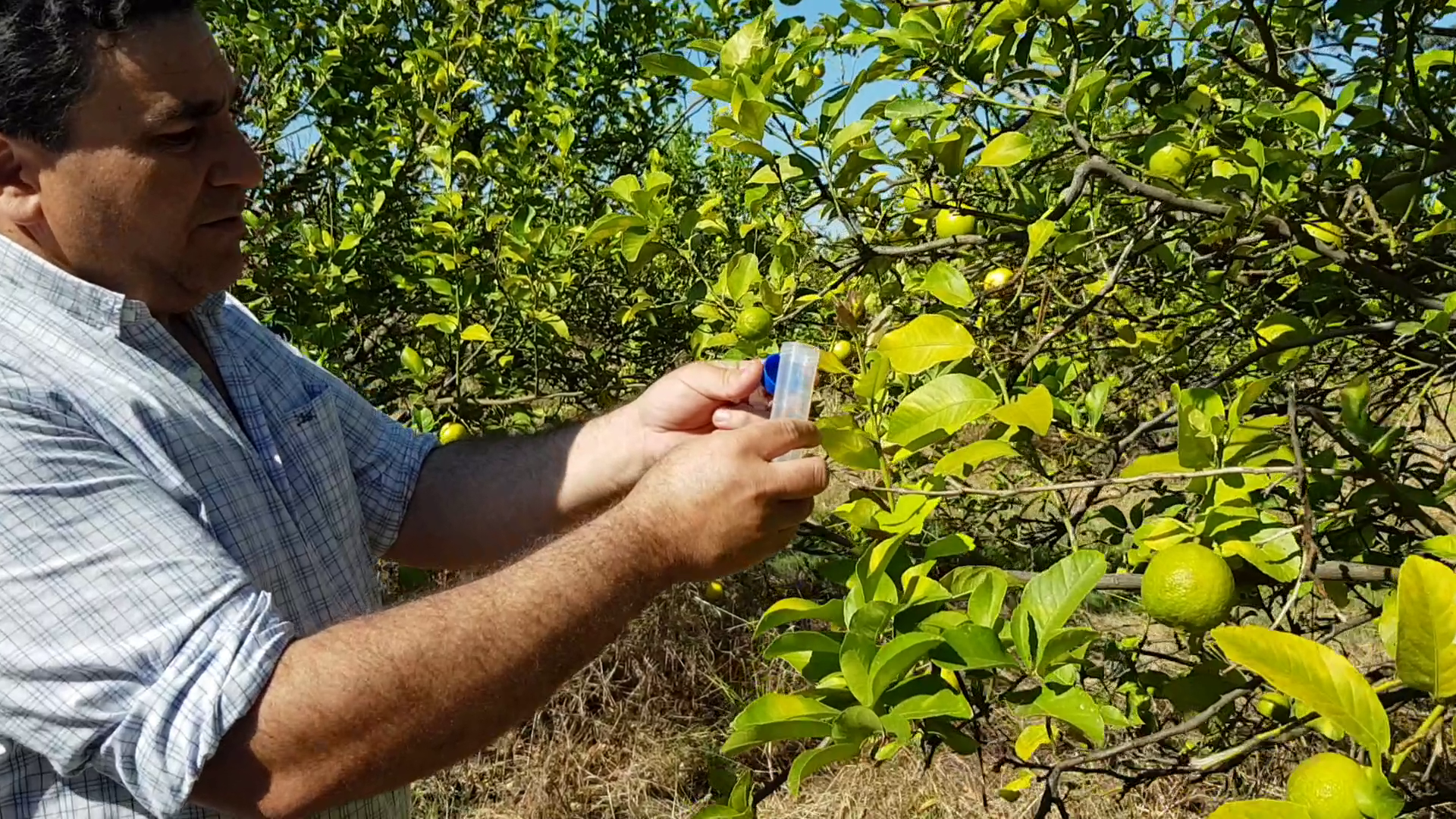 Release of Tamarixia radiata, a natural enemy of Diaphorina citri, vector insect of the Huanglongbing disease known as HLB of citrus, was possible thanks to institutional synergy between two projects implemented by INTA.  Tamarixia Radiata breeding is carried out for two years now; this initiative is currently funded by FONDAGRO, within The Ministry of Agriculture, Livestock and Fisheries Argentina.  FONTAGRO (a technical cooperation mechanism between Latin American countries, the Caribbean and Spain) on the other hand, co-finances the execution of the project "Sustainable control of the vector of HLB in agriculture family in Argentina, Uruguay, Paraguay and Bolivia”.

In INTAs Bella Vista entomology laboratory, in Corrientes province, mass breeding of Tamarixia radiata is performed under controlled conditions with the support of the Fondagro project since 2018. Although the definitive breeding chambers have not yet been built, at the biofactory, the entomologist Alcides Aguirre expresses that “during autumn there is an abundant production of the natural enemy of the HLB vector, that s why we decided to carry out a series of adult wasp releases before entering winter season." 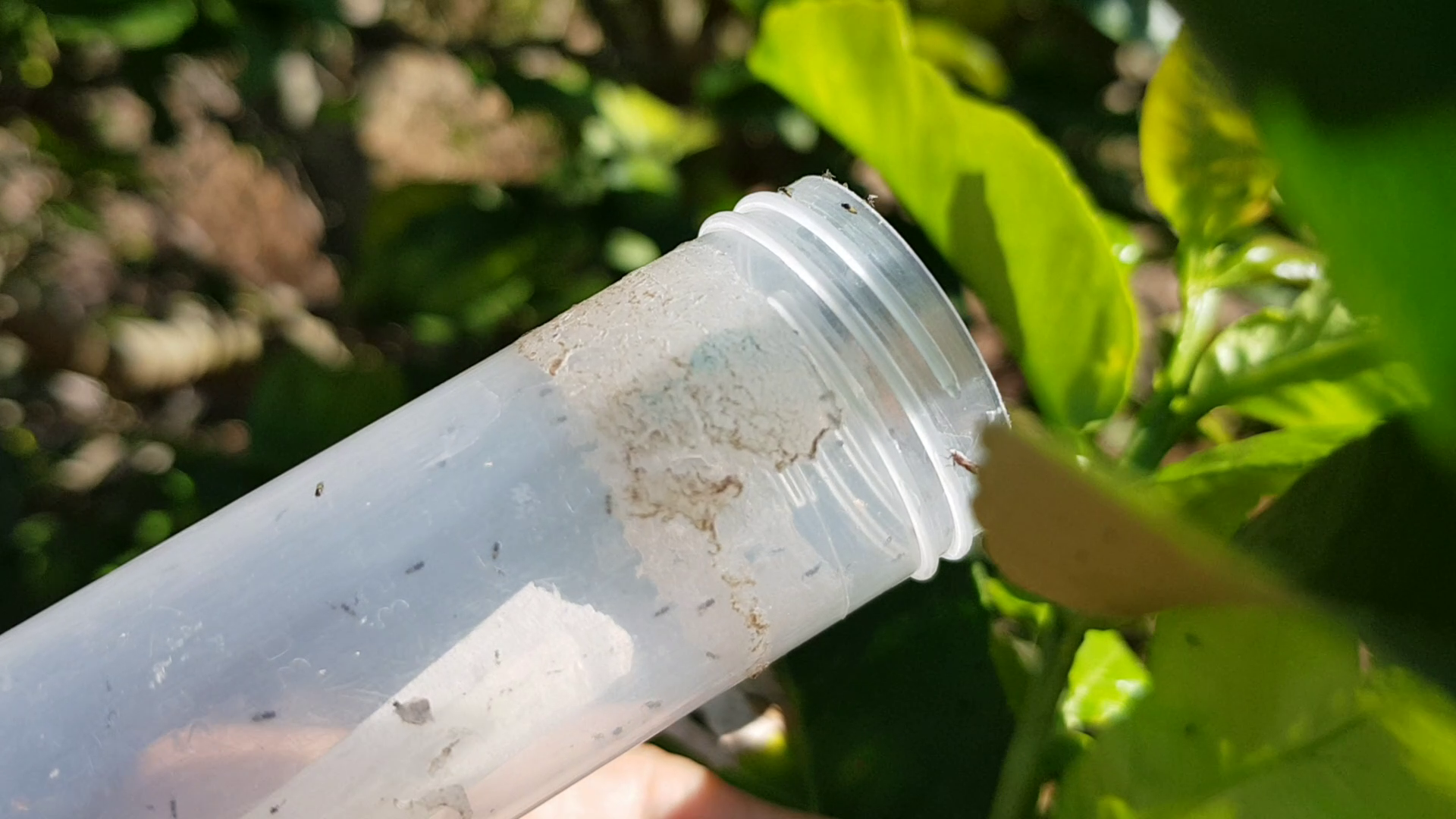 The aforementioned FONTAGROs project has installed, and currently monitors, 16  demonstration lots aimed to accomplish HLB vector control under IPM, along with 16 other conventional lots (with regular management) in family farms in four countries (Argentina, Uruguay, Paraguay and Bolivia).

Precisely, in Bella Vista 400 adults of Tamarixia radiata were released in the demonstration lot and another 400 in the conventional lot (each lot is approximately 1 hectare); similar activities are held in Brazil, Mexico and the United States.

Data shows that, at least, 400 individuals per hectare are needed for efficient control. Release, carried out in one of FONTAGROs demonstration lot, is the first one held in a family farm in the region.

HLB is a disease caused by a bacterium (Candidatus Liberibacter spp) that affects the productivity and quality of citrus plants. Once the disease is detected in a farm, it forces to eradicate –root out– the affected plant and destroy it, with no possibility of saving it.

At this point, Aguirre emphasized the importance of prevention and the opportunity to have a multiplication center for natural enemies. "In the Bella Vista citrus zone we have not yet detected the presence of HLB and population levels of the vector are not as high as in other citrus zones"; and he assured: "This is a great opportunity to implement low-impact strategies to decrease the populations of Diaphorina citri and thus impede the rapid advance of the HLB."

Alcides Aguirre leads the INTA Bella Vista entomology team and is responsible for the implementation of IPM strategies for the FONTAGRO Project “Sustainable control of the vector of HLB in agriculture family in Argentina, Uruguay, Paraguay and Bolivia” led by Silvana Giancola, from INTAs Center for Research in Economics and Prospective studies.

Silvana Giancola referred to this experience "as an important innovation for the region that shows how joint ventures with different source of funding can bring out great impacts in order to target critical issues affecting citrus production sector."

The FONTAGRO HLB platform is a partnership of several institutions:  National Institute of Agricultural Technology (INTA) acts as Executive managing in collaboration with Fundación ArgenINTA (Argentina). There is a number of Co-executing agencies: The National Institute for Agricultural Research (INIA) of Uruguay, The National University of Itapúa (UNI) of Paraguay and FundUNI and the Municipal Autonomous Government of Bermejo of Bolivia.

Some associated Organisms take active role in the platform: National Service of Agri-Food Health and Quality (SENASA) (Argentina), Argentine Federation of Citrus (FEDERCITRUS) and Producers and Exporters of Fruit and Vegetables Union of Uruguay (UPEFRUY).