The Executive Committee is made up of the President and the Vice President, and the Executive Secretary. It can make operational and administrative decisions to streamline the proceedings for the approval of contributions, legacies, encumberments and additional donations to FONTAGRO’s resources.

President of the board of directors FONTAGRO 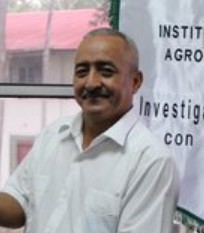 Dr. Arnulfo Gutiérrez is an Agricultural Engineer and has done a PhD in Agriculture in Moscow. He has been a member of the Board of Directors of FONTAGRO since July 2019, and led research and technological innovation projects for genetic improvement and new potato varieties with better performance and behavior against pests. He held the position of Agricultural Researcher at the Agricultural Research Institute of Panama (IDIAP) since 1997, coordinator of the Experimental Station of IDIAP in Cerro Punta and Manager of Research Projects Innovation in potato, sweet potato and soybean crops.

Vice President of the board of Directors of FONTAGRO 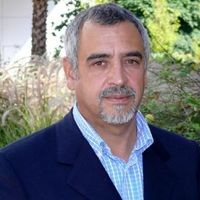 Carlos Parera, an Argentinian national, was appointed as Vice President of FONTAGRO in October 2021. Since November 2019, he is the National Director of the National Institute of Agricultural Technology (INTA) Argentina.
Carlos Parera is an agricultural engineer, graduated from Universidad Nacional de Cuyo. He is Doctor of Philosophy (PhD), Plant Physiology and Master of Science (MSc), Horticultural Science from the University of Florida, USA. He works as a Research Scientist at INTA and holds the position of Professor of Plant Physiology at the Universidad Nacional de San Juan since 1998.

Eugenia Saini, an Argentinian agronomist, Master Science in Food and Agribusiness, and Doctor in agricultural sciences from University of Buenos Aires. She was appointed as Executive Secretary of FONTAGRO in 2018. She has extensive experience in the international cooperation and management of science & innovation in Latin American and the Caribbean region. She was awarded a Fulbright Scholarship at Cornell University in the USA and more recently with the Abshire-Inamori Leadership Academy (AILA) Scholarship at the Center for Strategic &International Studies (CSIS) in Washington D.C.