FONTAGRO Announces Short-Listed Proposals in its 2017 Call for Proposals

The call for proposals will fund up to $1.2 million in projects to support innovations that meet growing food demand without affecting natural resources. 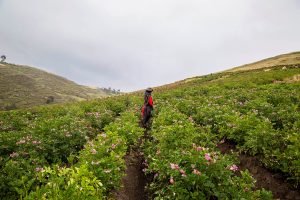 (Washington, D.C., July 28, 2017) FONTAGRO’s Technical Administrative Secretariat (TAS) is pleased to announce the project proposals that have been selected to submit final formal proposals, within the framework of FONTAGRO’s 2017 Call for Proposals on “Innovations for the sustainable intensification of family agriculture in response to climate change.”

FONTAGRO received 210 proposals, 84 of which met the formal eligibility, congruence, regionality, and technical capacity criteria provided for in the external evaluation. Sixteen proposals obtained a score equal to or higher than 75 points. Those projects were therefore invited to submit formal final proposals to be considered in the second phase of the process.

The following 16 projects were invited to submit final proposals:

To see the full table (in Spanish), click here.

Note (1): Pursuant to the Terms of Reference of the call for proposals (paragraph 37), each platform shall decide whether to accept the participation of new organizations when preparing its final proposal.

Note (2): FONTAGRO’s Technical Administrative Secretariat (STA) will contact each short-listed project individually to go over the next steps regarding final proposal preparation and submission.

FONTAGRO’s Technical Administrative Secretariat would like to thank all of the organizations that participated in its 2017 call for proposals, as well as wish them much success in their respective fields of work and invite them to submit proposals in the future.

FONTAGRO is a unique regional cooperation mechanism that promotes family agriculture, competitiveness, and food security. It was established in 1998 and it includes fifteen member countries that have contributed a capital of some $100 million. FONTAGRO is sponsored by the Inter-American Development Bank (IDB) and the Inter-American Institute for Cooperation on Agriculture (IICA). Its Technical Administrative Secretariat is based at IDB headquarters in Washington, D.C. FONTAGRO has cofinanced more than 100 projects and initiatives in its member countries for an approximate amount of $88.7 million, including contributions from other sources of funding and executing agencies. Its member countries are Argentina, Bolivia, Chile, Colombia, Costa Rica, Dominican Republic, Ecuador, Honduras, Nicaragua, Panama, Paraguay, Peru, Spain, Uruguay, and Venezuela.