November 17th, 2022-. As an important actor in the Latin American region, FONTAGRO has been invited to take part in the “4 per 1000” Initiative – Soils for Food Security and Climate, a worldwide proposal for carbon sequestration in agriculture, that has a huge potential to contribute to the fight against climate change. On the event, held in the frame of COP 27, Dr. Eugenia Saini, Executive Secretary, will lead a presentation on the event “Why soil matters!? Ways forward to a better climate and living”, focusing in FONTAGRO’s contribution to soil health in Latin America and the Caribbean. 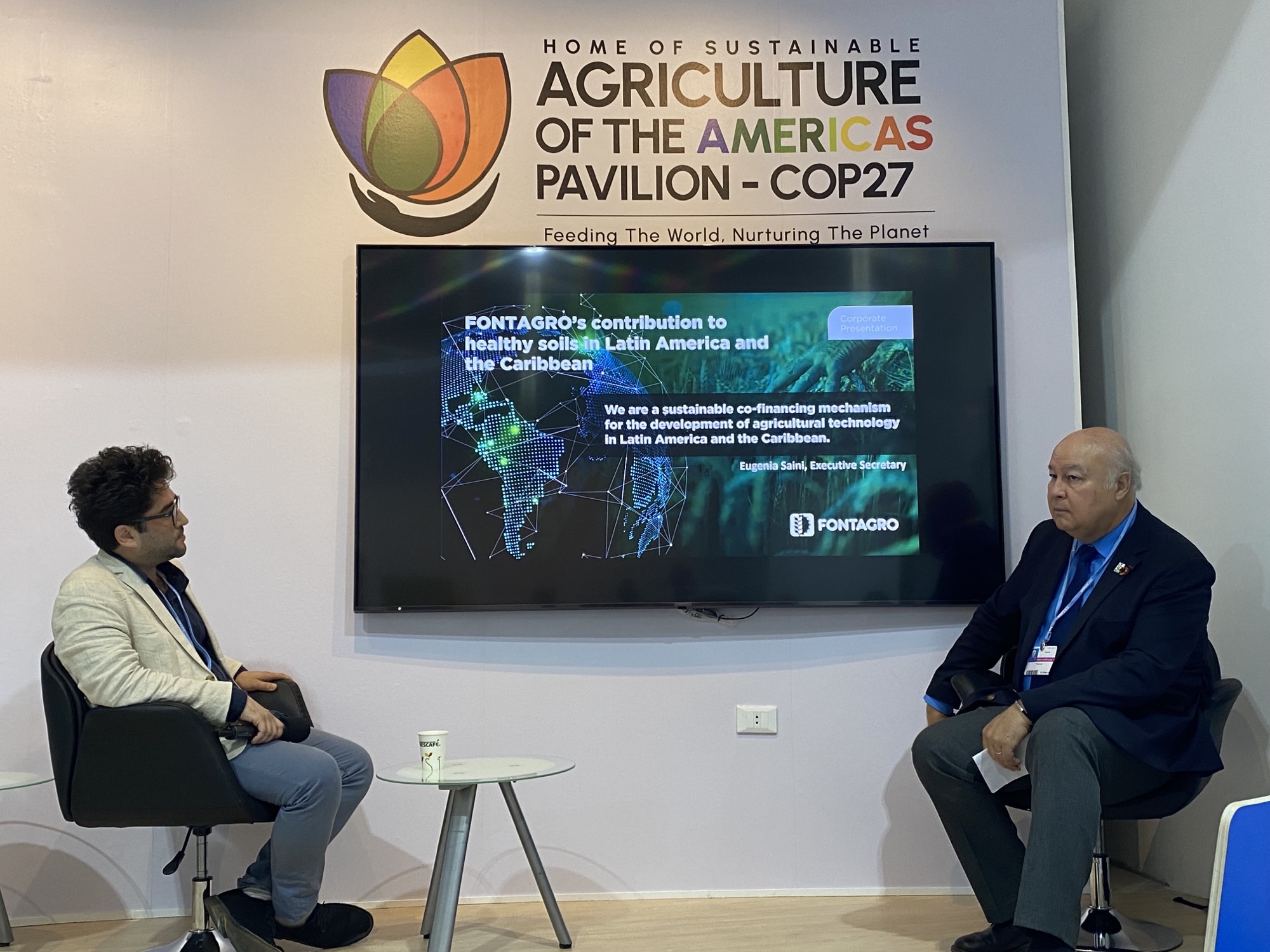 The “4 pour 1000” International Initiative was officially launched on 2015 by the French Minister of Agriculture, Agri-Food and Forestry, on the occasion of the COP21, held in Paris. Then, farmers, economic players, local authorities and States joined forces with researchers around this initiative, recorded on the solutions agenda (Lima-Paris Agenda for Action) during this same COP.

Soil health is not a new subject of investigation to FONTAGRO, as since 2021, the project “Carbon sequestration opportunities in soils in Latin America and the Caribbean” was approved to be developed in Uruguay, Argentina, Chile, Colombia and Costa Rica. Recently, the project has now taken part into an extensive research initiative led by Ohio State University, trying to increase the perception of agriculture as part of the solution against climate change, by implementing carbon farming practices.

“FONTAGRO, as a regional and international cooperation mechanism, has invested together with other agencies around 58 million dollars in the last 24 years, in topics that were directly or indirectly related to soils. The main topics of research have been adaptation and mitigation to climate change, soil biology and dynamics in different production systems, identifying agronomic practices for sustainable intensification and carbon sequestration, to decarbonize agriculture, among others. We believe soils’ health is crucial to maintain a healthy agricultural sector” says Saini.

COP27, being held in Egypt this November is a defining moment in the fight against climate change. This edition’s vision is to accelerate global climate action through emissions reduction, scaled-up adaptation efforts and enhanced flows of appropriate finance. All this while recognizing that ‘just transition’ remains a priority for developing countries worldwide.

For FONTAGRO this is a critical opportunity to point at the importance of becoming allies in the fight against climate change, as in between the differences, all nations are battling the same issues at a different scale and only united work will enable the implementation of integrated solutions that can guarantee food security and global sustainability in the future. And in this, there is also an important need that the Societal value of soils is recognized.

FONTAGRO was created 1998 with the purpose of promoting the increase of the competitiveness of the agri-food sector, ensuring the sustainable management of natural resources and the reduction of poverty in the region. The objective of FONTAGRO is to establish itself as a sustainable financing mechanism for the development of agricultural technology and innovation in Latin America and the Caribbean and Spain, and to establish a forum for the discussion of priority topics of technological innovation. The member countries are: Argentina, Bolivia, Chile, Colombia, Costa Rica, Ecuador, Spain, Honduras, Nicaragua, Panama, Paraguay, Peru, Dominican Republic, Uruguay and Venezuela. In the last 21 years 167 regional agricultural innovation platforms have been co-financed for an amount of US $ 124 million, which has reached 452 institutions and 33 countries worldwide.