FONTAGRO announces its 2017 Call for Proposals: Sustainable Intensification of Family Agriculture in Response to Climate Change

The call for proposals will fund up to $1.2 million in projects to support innovations that meet growing food demand without affecting natural resources. 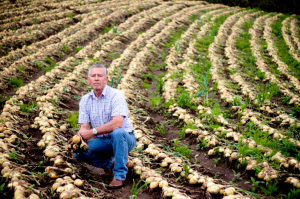 (Washington, D.C., April 17, 2017) Today FONTAGRO announced the launch of its 2017 Call for Proposals on “Innovations for the sustainable intensification of family agriculture in response to climate change.”

CONTEXT
Over the next few decades, one of the greatest challenges mankind will face will be how to meet a growing food demand by increasing the productivity of agricultural systems without affecting natural resources. In this regard, FONTAGRO is encouraging the development of innovations that promote the sustainable intensification of agriculture, to increase food supply with less impact on the environment, especially on soils and water.

FUNDING
The call for proposals is carried out with FONTAGRO’s own resources and it will fund up to 4 projects for a total of $1.2 million. It will support innovation platforms formed by public and private stakeholders from two or more member countries, working together. Matching funds from proponents will be required.

FONTAGRO’s 2017 Call for Proposals is one of the operating mechanisms carried out to support family agriculture research and innovation. The call for proposals is aimed at encouraging the development of projects to sustainably intensify agricultural systems, that preserve the natural resources base and improve it for future generations.

EXAMPLES
These are some successful projects cofinanced and/or acknowledged by FONTAGRO in previous calls for proposals and competitions on intensification:
i. Water Harvest: The Eco-Efficient Agriculture Grail (in Spanish)
ii. Adapta Sertão: Adapting to Climate Change in the Hands of the Community (in Spanish)
iii. Toward Productive and Environmentally Friendly Cattle Farming (in Spanish)
iv. Feeding People and the Planet: Companion Planting of Maize and Inga edulis in Ixcán, Guatemala (in Spanish, page 195)

****
ABOUT FONTAGRO
FONTAGRO is a unique regional cooperation mechanism that promotes family farming innovation, competitiveness, and food security. It was established in 1998 and it includes fifteen member countries that have contributed a capital of some $100 million. FONTAGRO is sponsored by the Inter-American Development Bank (IDB) and the Inter-American Institute for Cooperation on Agriculture (IICA). Its Technical Administrative Secretariat is based at IDB headquarters in Washington, D.C. FONTAGRO has cofinanced more than 100 projects and initiatives in its member countries for an approximate amount of $88.7 million, including contributions from other sources of funding and executing agencies. Its member countries are Argentina, Bolivia, Chile, Colombia, Costa Rica, Dominican Republic, Ecuador, Honduras, Nicaragua, Panama, Paraguay, Peru, Spain, Uruguay, and Venezuela.