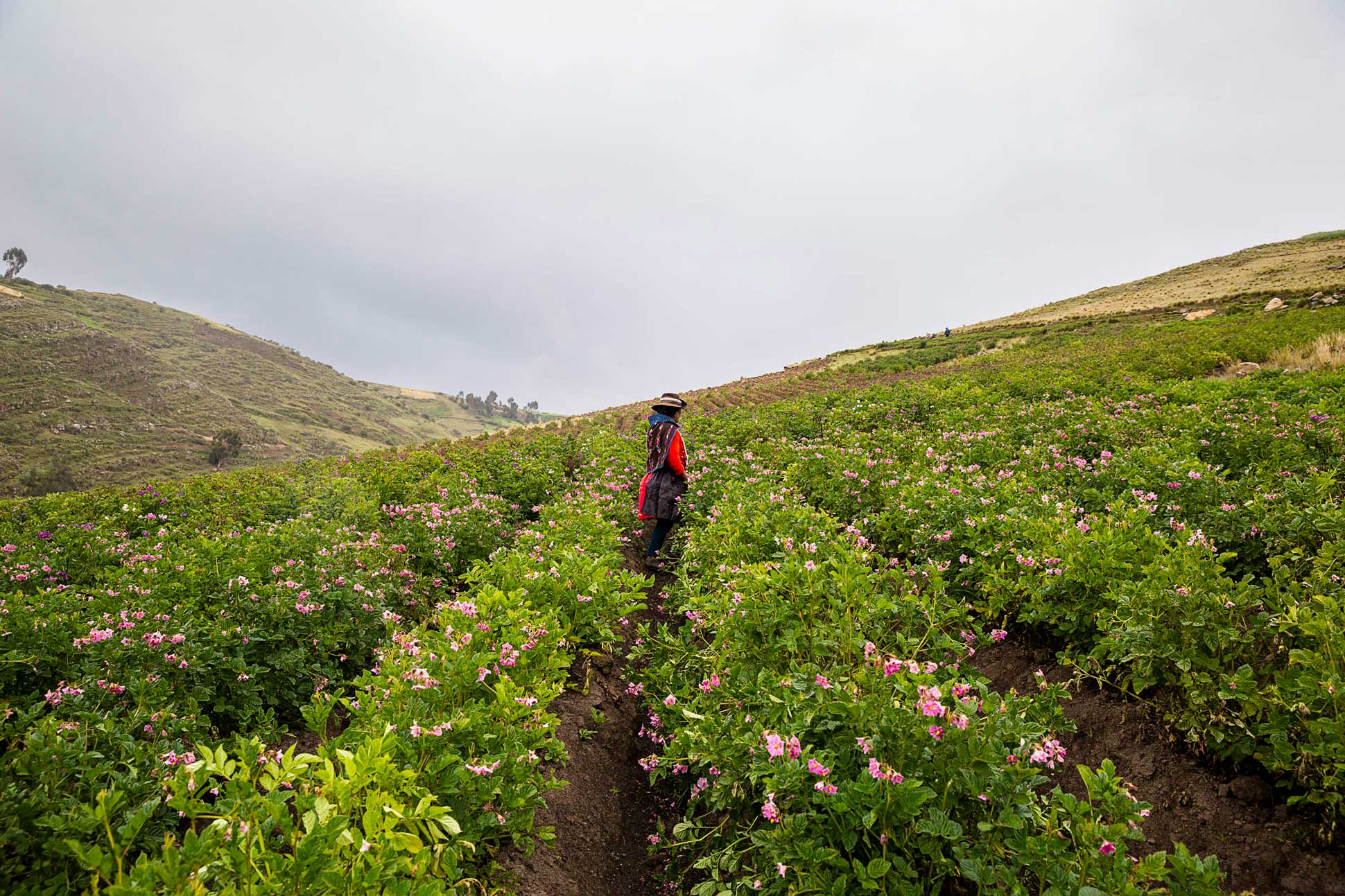 It is estimated that in the next 40 years the population in LAC will increase by 35%, the income level will improve and the demand for food will increase by 50%. To satisfy it, production and productivity should be increased but with a rational use of land, water, and genetic resources, favoring the recycling of nutrients and reversing environmental degradation. One of the biggest challenges to achieve this is climate change, which affects agriculture due to the increase in average temperature and the greater frequency of extreme weather events such as heat waves, frost, droughts and floods.

An attempt at solution

Commissioned by FONTAGRO, CATIE conducted a study that analyzed and projected agricultural production and food demand in LAC, under different climatic scenarios, and proposed several technological and institutional innovations for promoting the adaptation of agriculture and livestock to climate change, mitigation GHG emission, conservation of environmental services and the resilience of family farming. Based on documentary sources, on modeling and the views of 35 experts from the region, convened in three virtual meetings, the study describes the possible temperatures and rainfall under a moderate (CPR 4.5) and extreme (CPR 8.5) scenarios of climate change and how these regimes would affect the area and territorial distribution of thirteen crops of smallholding farming, four industrial crops and five grass and leguminous forages from the low tropical, temperate and tropical highlands. Several crops, such as rice, bananas, cocoa, coffee, sugar cane, corn and soybeans, would not show variations in their current suitable areas. However, beans, potatoes, tomatoes and wheat are very vulnerable and their current areas would decrease significantly by 2050 while pineapple and sorghum would benefit from changes in the climate. In general, there would be a displacement of crops from areas that would no longer be suitable to others that would acquire climate-appropriate conditions. The projections were made with the ECOCROP model that uses the availability of water and optimum temperatures for plant development. To counteract the effects of climate change, particularly on family farming, 23 technological innovations were identified aimed at improving the capture and use of water, the conservation and fertility of soils, the appropriate use of genetic diversity and the rational management of feed resources for livestock and excreta and crop residues. For each innovation, the agro-ecological zones are indicated where they have the greatest potential for application and vulnerability reduction, as well as the expected benefits and the enabling factors for their adoption, including public policies and reengineering of research systems, which should pay as much attention to adaptation as to mitigating GHG emissions. Regional organizations could assume the innovations proposed by this study and apply them in research and development programs and projects that are financed in the region and in strengthening national research institutions.

The proposed technological innovations are shown in the following graphic: 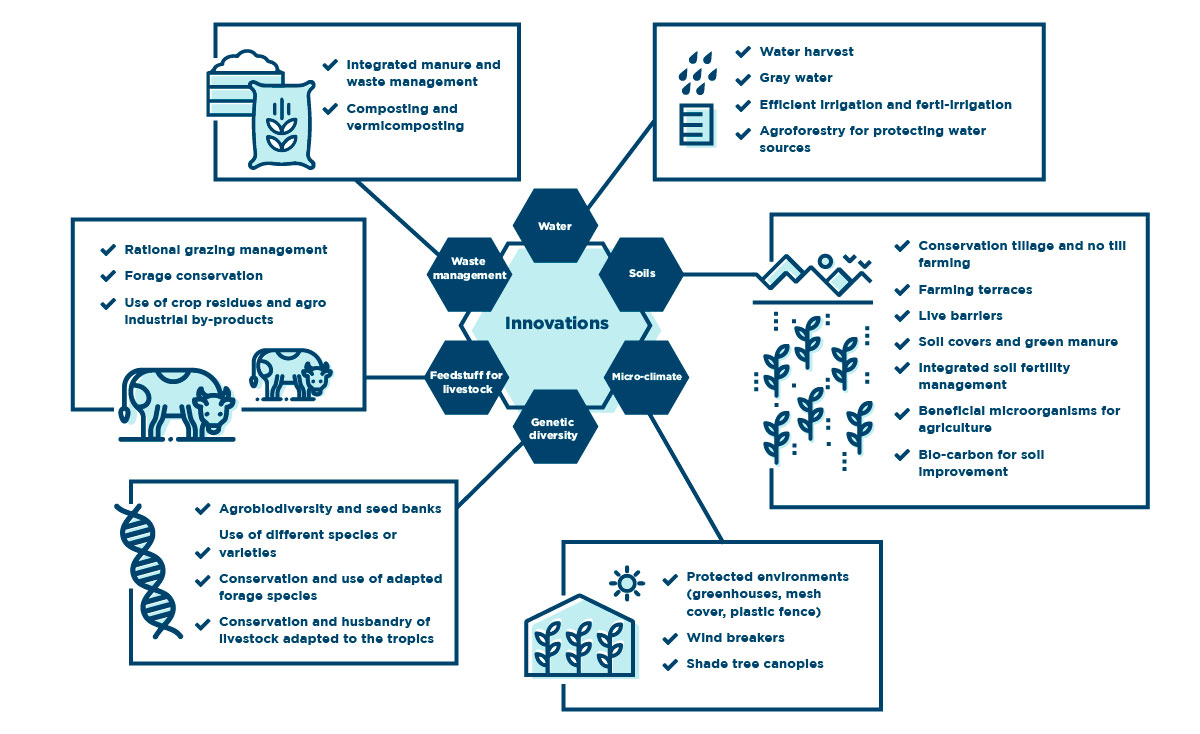